The London Irish Rugby Club Foundation and leading waste management business Powerday have announced a new partnership to support homeless people in the Capital, by building a network of places for them to socialise, exercise and stay fit, free of charge.

The London Irish Foundation Homeless Engagement Project, which officially launched yesterday, initially aims to help more than 50 people in the Spelthorne area and adjacent Boroughs who are forced to sleep rough for different reasons. The first ‘Hub’ is at Spelthorne Boxing Academy, which has opened its doors to homeless people in the areas, enabling them to use the gym and boxing equipment supported by Powerday free of charge..

According to the latest data from the Ministry of Housing, Communities and Local Government, there were 2,688 people estimated to be sleeping rough on a single night in autumn 2020. Nearly half (44%) are found in London and the South East. Highlighting the importance of supporting homeless people, the average life span for a homeless man is just 45 and a woman just 43, due to health problems, according to St Mungo’s.

Powerday, through its own- Foundation, already plays an active role in helping disadvantaged people across London, supporting numerous local clubs, schools, communities, sporting and local authorities to improve facilities, equipment, confidence, skills and knowledge and has over the last 5 years attracted over £13 Million of funding all going directly to the projects and clubs. Over the next year, the company will also work with the London Irish Foundation to mutually grow the London Irish Homeless Engagement Project, with new facilities opening up across the Capital and Home Counties.

Andy Keast, Joe Pegg, and  London Irish staff will play an active role in the project, with the players making appearances, and its charitable Foundation helping to run workshops on mental health, addiction and aspects on how to move forward.

Edward Crossan, CEO of Powerday – the main sponsor of London Irish, commented: “The pandemic has really brought home the need to support each other. Although homelessness has decreased over the last few years, there are still too many people going through tough and tragic period of their lives. The impact on a person’s mental health and wellbeing can be irreversible, which is why we have created this partnership to help provide positive activities and meaning through access to facilities that were unreachable for many up until now.”

Gary Dawson, Club Leader at Spelthorne Boxing Academy, added: “When we were approached by Powerday and London Irish we jumped at the opportunity to help. We are a community boxing club and helping disadvantaged people in the area improve their wellbeing is what we are all about. It has been a difficult year for us, having closed our gym for many months, and we are proud to be reopening and being the first Boxing Club to partner the London Irish Homeless Engagement Project.”

Andy Keast, CEO of London Irish’s Foundation, concluded: “There are so many reasons why people may be on hard times. Often it is through no fault of their own and they end up with little chance in life. Through this new project, we will help people of all ages, giving them an opportunity to change their lives for the better through care, support and social engagement.”

Sports clubs and organisations looking to support London Irish Homeless Engagement Project can do so by contacting Joseph Pegg at the London Irish Foundation at joseph.pegg@london-irish.com.

“
Joseph Pegg, London Irish Foundation Manager said, " we have worked with this group for over 2 years now and they have become a family of friends". Their development as a group has been inspirational and it is a joy to work alongside them all".
Share article Back to news 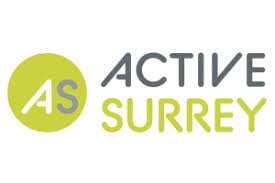 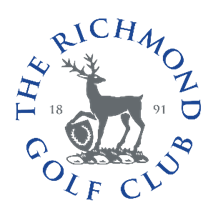 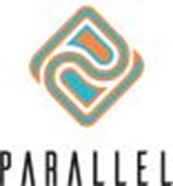